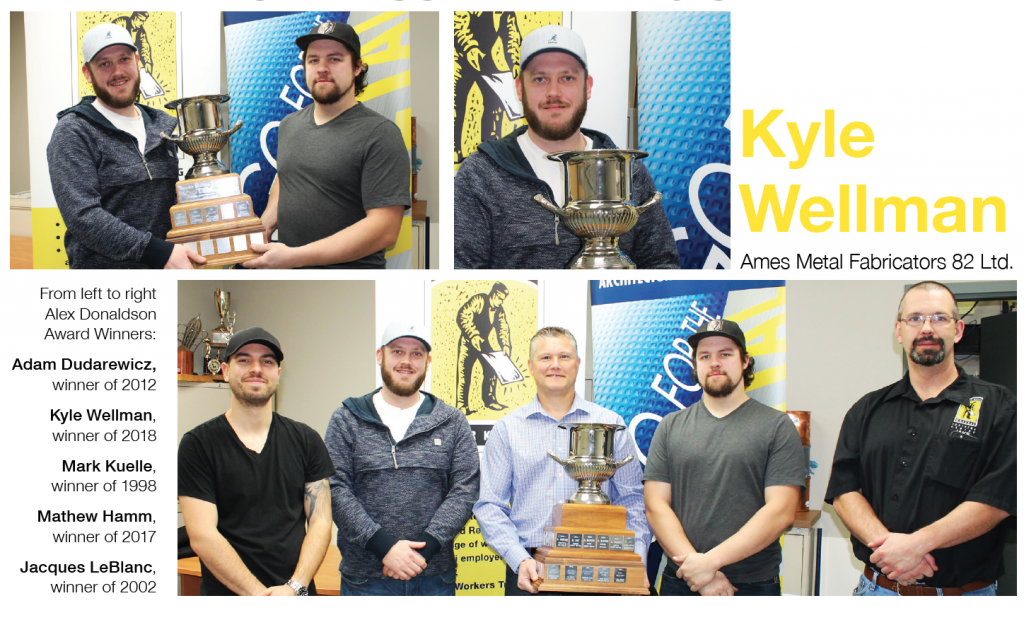 This award is dedicated to the memory of Alex Donaldson, a Local 280 member committed to apprenticeships and training who passed away in 1980. It has been given to the apprentice who earns The Top Apprentice each year. Going as far back as the 1960‘s the Top apprentice has been awarded to the apprentice that represents the Local 280 and SMACNA-BC at the Canadian Council’s Sheet Metal Apprentice Competition held annually around the country. The pathway to get to be the Top Apprentice has changed many times over the decades. Currently the individual winning the Level 4 competition at the SMWTC Annual Apprentice Contest has priority to go to the Canadian Contest. In 2018 Kyle Wellman of Ames Metal Fabricators 82 Ltd. and the Level 4 winner of 2017 SMWTC Annual Apprentice Contest competed at the Canadian Contest in Victoria, BC in June 2018. This two-day contest tested trades workers in layout, theory, and fabrication skills. A binnacle, the housing for a ship’s compass, made from copper and brass was the shop project fabricated in a public space near the shoreline at Ship Point. Congratulations to Kyle Wellman for representing SMART Local 280 and SMACNA-BC at the Canadian Contest. Wellman was awarded the Alex Donaldson Award — the annual top apprentice award — at the SMACNA Christmas Party in November 2018.